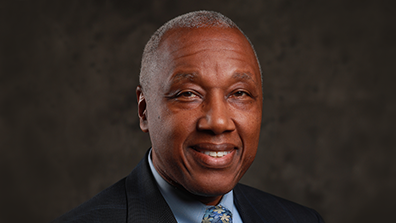 What inspired you to go into medicine?
During Vassall’s childhood, his family’s physician practiced out of his house. Vassall would have visits in his doctor’s basement. “I thought about being a physician was I was very young,” said Vassall. Once he went to college, he was challenged by a professor in one of his philosophy classes. His professor had very different viewpoints than Vassall. Dr. Vassall realized he did not like being graded on something that was subjective. “That’s when I really started to take an interest to science.”

Through science his interest in medicine grew.

Did you have mentors in your own life that pushed you to go into medicine?
Dr. Vassall looked up to his great aunt, Lola Vassall. “She has a story similar to mine,” he said. Initially Lola started as a pharmacist. However, there were several physicians that when they found out Lola was a Black pharmacist, they did not want to fill her prescriptions and did not trust her.

Lola decided to go to medical school so she could write her own prescriptions. Dr. Vassall and Lola use to laugh about it “We wanted to be more in control of our environment and our professions,” said Vassall. She graduated from Howard University Medical School and had a family practice in Brooklyn for about 20 years. After that she went into Military Medicine and was stationed all over world.

Were there any barriers you faced along the way in your career?
The biggest barrier Dr. Vassall faced was going to medical school.

He graduated from the University of Wisconsin. He explained Wisconsin is a land grant school and Agricultural Microbiology, and Food Microbiology were his studies. “I was discouraged mostly by my peers,” said Vassall. He had a good GPA, but they did not believe it was good enough to get into medicine.

Dr. Vassall applied to a PhD program at the suggestion of his major professor. His professor was going to the University of Washington for a visiting professorship. Vassall knew his professor, as a mentor, had his best interests because he knew that the microbiology school in Washington was in medicine and not in agriculture. His hope for Vassall was if he got his PhD at a medical school, it would be more likely that he could find his way to medicine.

Dr. Vassall did his research at Seattle Children’s Hospital and spent his time in the virology lab. His peers took notice to his interest in medicine. It was during this time another mentor asked Vassall if he had applied to medical school yet. “If you don’t apply, I can guarantee you that you won’t get in”.

A light went off. “Someone else can tell me no”, said Vassall, but it was then when he decided “I would not tell myself no.” Vassall then applied to medical school.

Did you ever deal with imposter syndrome and if so, how did you deal with it?
“I think everyone deals with this to some extent.” Throughout different stages of life, and even sometimes now, it is very common explained Vassall.

Vassall says looking back on what you know to be true of your training, preparation and most importantly your values, this is what will sustain you.

How was your transition from college, to medical school, and then to the workforce?
The transition was not hard for Vassall as he excelled in academics. It was however hard for some other Black students. Dr. Vassall had 6 Black students in his class of 125. Which was considered large. He noted that some students studied on their own, and others studied together. He said that having a support group and studying together made it a lot easier for him.

If you could go back in time and give yourself advice as a medical student, what would it be?
“Get out of your own way,” Vassall said. Someone else can always tell you no, but you should never tell yourself no.

“Providing you are on the right path, bring someone else along with you,” said Vassall.