Kenneth Shine, MD, is Professor of Medicine in the Dell Medical School. Dr. Shine previously served as Executive Vice Chancellor for Health Affairs. In that capacity he was responsible for the six U.T. System health initiatives and their aggregate operating budget of almost $8.4 billion. He also participated in the creation of new University of Texas Medical Schools in Austin and South Texas. He led system-wide initiatives in clinical effectiveness, patient safety, and public health, as well as efforts to transform medical education. He was President of the Institute of Medicine (IOM), from 1992-2002. Under Dr. Shine’s leadership, the IOM played an important and visible role in addressing key issues in medicine and healthcare. IOM reports on quality of care and patient safety, heightened national awareness of these issues. Dr. Shine served as President of the American Heart Association in 1985-86.

As founding Director of the RAND Center for Domestic and International Health Security, Dr. Shine led the Center’s efforts to make health a central component of U.S. foreign policy and guide the Center’s evolving research agenda. Dr. Shine is Professor of Medicine Emeritus at the University of California, Los Angeles (UCLA) School of Medicine. Before becoming president of the IOM, he was Dean and Provost for Medical Sciences at UCLA. Dr. Shine retired from administrative duties at U.T. System on June 30, 2015, but continues to teach and to consult. 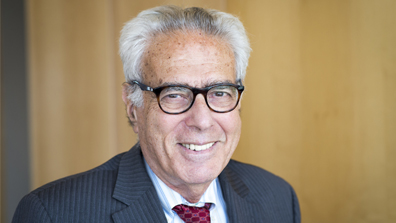