Dr. Roberts is a Professor in the Department of Biomedical Sciences and Vice Dean for Academic and Community Partnerships in the Elson S. Floyd College of Medicine at Washington State University. In his role as Vice Dean he is responsible for the overall administration of the educational program at the four campuses where medical students will be trained. He works to develop and maintain partnerships with community clinics and hospitals. He facilitates academic partnerships between the campuses and the: medical community, businesses, and stakeholders invested in increasing medical care access throughout the state. Dr. Roberts oversees the work involved in promoting graduate medical education and his office leads outreach efforts to reach students in rural and underserved communities to promote careers in medicine.

Roberts was one of the WSU leaders who worked with the late President Elson S. Floyd to convince the Washington legislature to amend a 1917 state law and authorize the creation of a medical school at WSU. He then helped lead the work to establish the College of Medicine, now one of 11 WSU colleges. He has been recognized for his work at WSU by receiving the President’s Award for Leadership (2014) and the Faculty Excellence Award for WSU Spokane (2015).

Dr. Roberts’ teaches anatomy, histology, and biochemistry to medical students. His primary research interest is in sperm maturation, function and fertilization with application to male infertility and contraception. His lab takes a systems biology approach to sperm function and maturation. Recent work in the lab focuses on the metabolic potential of the haploid male gamete. He also has an interest in health care delivery in rural and underserved areas of Washington State, with the goal of understanding how a medical school can best serve the state’s health care needs.

Roberts came to WSU Spokane from the University of Minnesota, where he was a faculty member in the Departments of Urologic Surgery and Integrative Biology and Physiology. Throughout his fifteen-year career at the University of Minnesota Medical School, he served in teaching, research, and administration positions, including as director of the Program in Human Anatomy Education and director of basic research at the Department of Urologic Surgery. In 2004 and 2008 he was honored with medical school-wide teaching awards in basic science. 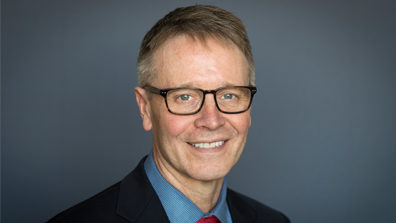