Among the many unanswered questions in biology, one of the most persistent and perplexing is why animals sleep. Despite great progress in our understanding of the regulation and neurobiology of sleep, as well as the consequences of sleep loss on human performance, why the brain needs sleep remains a mystery.

The mystery of sleep function only deepens when we consider the developing animal. Infant animals spend as much as 80% of their time in sleep, and rather than being a passive response to the environment, infant sleep is an actively regulated state. This suggests that whatever the function of sleep might be, it is something that begins very early in life.

In my laboratory, one way we investigate the mystery of sleep function is by examining the role of sleep in the development of central visual pathways. The visual system is uniquely suited for our studies because many of the basic processes of neural development were first described in this sensory system.

One critical step in visual system development is the establishment of rudimentary circuits in visual cortex; a process that requires endogenous neural activity instead of waking visual experience. Given the large amounts of sleep during this developmental period, we suspect that this activity is provided by the sleeping brain.

A second essential stage in visual system development occurs during narrow, ‘critical’ periods when the brain is exquisitely sensitive to changes in visual experience. The classic studies by Hubel and Wiesel showed that blocking vision in one eye during the critical period resulted in dramatic physiological and anatomical changes in visual cortex.

We have previously demonstrated that this well-described form of in vivo plasticity is enhanced by sleep, and we are currently investigating the underlying mechanisms responsible for this effect. We now know that critical cellular steps in this process include a sleep-dependent activation of several kinases and the phosphorylation of cortical AMPA receptors; key steps in potentiating post-synaptic responses.

We are also interested in determining the cellular basis for sleep homeostasis and, more specifically, the interactions between sleep regulation and sleep function. To this end we are investigating the role of glial cells in the accumulation and discharge of sleep pressure and synaptic plasticity in vivo. We have shown, for example, that astrocytes are key players in controlling sleepiness in mammals through the release of glio-transmitters. Because glia also influence synaptic plasticity, these cells are uniquely positioned to connect the regulation of sleep with one of its hypothesized functions.

We approach both questions using an arsenal of tools including measures of brain activityin vivo (electrical and intracellular calcium), proteins and genes (Western blots to RNA sequencing), combined with quantitative measurements of sleep and wakefulness. This provides us a powerful means of addressing the enduring mystery of sleep. 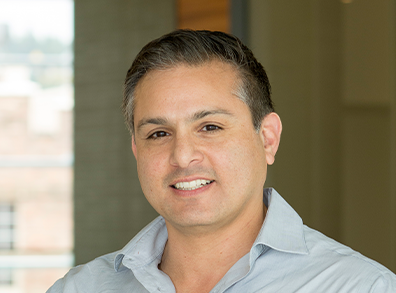