Gregory Belenky is a research professor at Washington State University Spokane, where he launched the Sleep and Performance Research Center.

Before coming to WSU Spokane, Dr. Belenky held the rank of Colonel in the U.S. Army Medical Corps, and served as Director of the Division of Neuroscience at the Walter Reed Army Institute of Research (WRAIR).

Dr. Belenky’s research ranges from basic to applied and includes sleep, sleep deprivation and continuous operations; combat stress reactions and post-traumatic stress disorder; and the neurobiology of human behavior and adaptation. His work has been funded by the Department of Defense, the Department of Transportation, the Department of Labor, and several other sources.

During Dr. Belenky’s stewardship at WRAIR, the program grew in national and international stature, producing groundbreaking research and publications in the areas of brain imaging in sleep and sleep deprivation, the performance effects of stimulants and sleep inducing drugs, and the effects of chronic sleep restriction on performance.

Dr. Belenky received his MD degree from Stanford University, studying with the “father of sleep research”, Dr. William Dement. He holds a BA degree in psychology from Yale University. He is a Fellow of the American Psychiatric Association and a member of the American Academy of Sleep Medicine, the Sleep Research Society, and the European Sleep Research Society; and he served on the Board of Directors of the National Sleep Foundation.

Dr. Belenky pioneered the development of non-invasive ambulatory sleep/wake monitoring techniques and Palm OS-based performance tests such as the Palm Pilot psychomotor vigilance task, for the first time making possible studies of sleep and performance in normal and clinical populations going about their daily lives. He holds several patents on the Sleep Watch actigraph. It is the core of the U.S. Army’s developing Sleep Management System, a tool to enable commanders to effectively manage sleep to sustain performance in the operational environment. 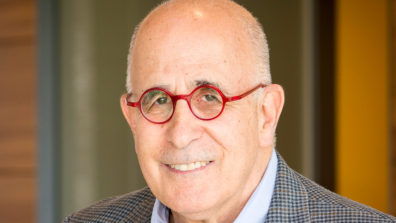