He is involved in training rural primary care doctors, physician assistants and nurses to work with patients who have psychiatric disorders and drug addictions.

Dr. Layton is the physician of record and co-investigator in the WSU Sleep and Performance Research Center. His current research focuses on the psychological and physiological changes in smokers during the first few days after they quit smoking. He’s also involved in collaborative efforts in other addictions and pain.

DOD, Office of Naval Research # N000141310302 (Van Dongen, H): 2012-2015
Enabling the Identification of Biomarkers for Individual Susceptibility to Fatigue: Scaling Up from Attentional Processes to Operational Performance
Role: Co-Investigator and Physician of Record

Roll (PI): 2008 – 2013
Department of Justice (COPS)
Establishing a Program of Excellence in the Addictions
The major goal of this project was to develop a self sustaining program that builds on the initial $500,000 investment to foster studies of substance abuse issues which directly impact community members
Role: Medical Director

Roll (PI): 2009 – 2013
Life Sciences Discovery Fund
Program of Excellence in Rural Mental Health and Substance Abuse Treatment
The major goal of this project was to develop a center focused on examining evidence-based care for mental health and substance use concerns in rural areas.
Role: Leadership Team/Co-Investigator

Bender (PI): 8/2013 –12/2013
Objective Markers of Sleep Disturbance as Predictors of Smoking Relapse
OFF OF RESEARCH—WSU, award # WSU002610 (Faculty PI for Graduate Student and Physician of Record)

Layton is a psychiatrist and is currently chair of the Elson S. Floyd College of Medicine curriculum committee. He works to incorporate lessons about human behavior into a heavily science-based, first-year medical school curriculum. He helps prospective doctors understand how the way people behave affects their health. He is also the medical director for the WSU College of Nursing’s Program of Excellence in the Addictions.

Layton is a Kansas native who directed Spokane Mental Health for eight years. Since coming to WSU Spokane in the fall of 2008, he has won ‘Outstanding Faculty’ awards given by the UW physician assistant program, first-year Spokane medical students, and was named preceptor of the year for the Family Medicine Spokane Residency Program. 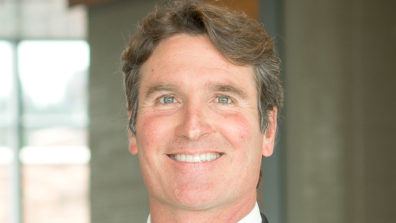